Dr. Irish Spencer is an award winning and highly skilled communications and management specialist with 30 plus years of experience in the field of broadcast and management. What sets her apart from others in her field of expertise is the engaging and entertaining way she communicates. Dr. Spencer has a special interest in people and believes the road to success is having faith in God and Self.

Based in Greensboro, North Carolina, she started her radio career at Murry Hill Broadcasting (Power 97 and WEAL Gospel). Throughout her 30 plus years in broadcast she has worked, consulted, and managed several radio stations.

Dr. Spencer can be heard every Saturday at 12 noon on 90.1 WNAA - The Broadcast Voice of North Carolina A&T State University. Her show, known as the Wild Irish Rose, features the popular Shout Out Saturday, News You Can Use, and Old School R&B Flavor. “I love my Alma Mata, A&T, and this is my way of giving back. 2021 will mark 20 years as the Wild Irish Rose at WNAA.” 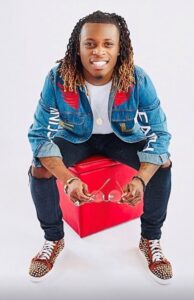 BJ Pierce is an influential on-air radio personality that cultivates and inspires this generation through high energy and charisma. BJ was born in New Orleans , Lousiaina and raised in Charlotte, North Carolina. At a young age, he developed a passion for radio and later realized that was his calling. In 2014, BJ graduated and received his technical diploma in Radio Broadcasting from American Broadcasting School located in Oklahoma City, Oklahoma.

He entered the industry as an On-Air personality at WNAA 90.1 FM,  located on the campus of North Carolina A&T State University. WNAA has given BJ the opportunity to learn the ins and out of radio while networking and connecting with other professionals in the industry. Working at WNAA brings BJ much joy, because with 90.1 FM he’s able to take his passion and craft to new hieghts.

BJ is thankful that his voice is able to reach so many people weekly through the sound waves. He is no stranger to hard work and will continue to use his platform to uplift and encourage individuals to “Live Life & Live Your Legacy”.

DJ BossLady is a Newark, New Jersey native. She packed her bags and relocated to Durham, NC at the end of 2010. Felisa has an undergrad degree, B.S. in Information Technology (Systems Security), and Master’s certificate from an MBA program with Cybersecurity specialization (Concordia University St. Paul). While working in the field as an Analyst and Information Technology Instructor, Felisa always finds time to pursue her DJ ventures!

Here in NC, Felisa is a resident DJ at Tandem in Carrboro, entertaining an over-thirties crowd, every fourth Saturday at 10:00 PM, with Disco from the late 70s as well as all other genres current in the industry. Soulful, Classic and Deep House is BossLady’s favorite vibe to play and feel.

BossLady is an On-Air personality for a few radio stations across the triad area. At WNAA, Felisa does DJ of House 90.1 FM every first Saturday (Saturday Night House Party. To keep up with other airing shows, follow DJ BossLady: 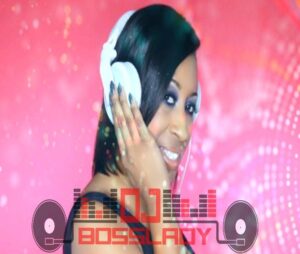 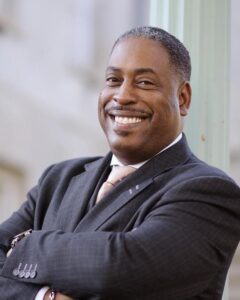 Born and educated in Washington, DC, he holds a B.A. in Political Science from Johnson C. Smith University in Charlotte, NC; a M.A. in Student Personnel Services from Indiana University of Pennsylvania; a M.Div from Shaw University and is currently working on his D.Min in Pastoral Leadership at Campbell University. He retired from higher education as a Student Affairs professional after 32 years of service.

Mark spent 25 years as Volunteer Announcer with the First Light at 90.1 FM WNAA and has now returned after 17 years away from the microphone to host Tuesday Mornings “Gospel According to Mark” 6AM to 10AM. Mark previously worked for 97.1 WQMG’s Sunday Morning Gospel Flight for 2 years before leaving to pastor.

Mark Rivers is one of the hosts of the Blues Hangover, which airs each Thursday from 6-9pm on WNAA. Mark joined WNAA as a community volunteer in 2003. He began his serious interest in the Blues in the early 1980’s, and later became active in the Piedmont Blues Preservation Society for over two decades.

He also enjoys participating in Blues music as a guitarist and singer.  Professionally, he spent over 35 years as a health care provider. 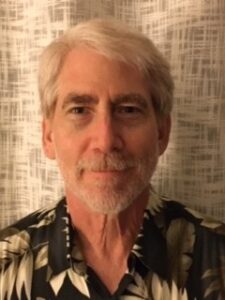 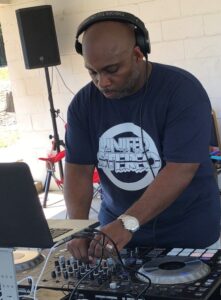 Originally from Chesapeake VA, Pete Dukes a.k.a. DJ Disco Pete first took interest in the art of DJing watching his uncle, DJ Knight Train, spin disco and funk from the 70’s and 80’s. While attending college at North Carolina A&T State University, his roommate was DJ J-Flex, one of the top DJs from 102 JAMZ WJMH. J-Flex hooked up a set of Technics in the dorm room and the rest was history. Disco Pete spent hours learning the art of mixing, cutting, scratching, and even battle techniques.

Disco Pete has been part of the WNAA 90.1 FM family for over 25 years first working as a radio personality on various shows including the Full Moon Block Party. He soon started DJing on the Massive House Mix working alongside his DJ mentor J-Mixx the Urban Sound Surgeon and radio mentor KJ the Lab Technician. Later he led his own show, Club 90.1, mixing old school R&B, Hip Hop, and Electric Funk. Currently, Disco Pete can be heard spinning house music for the Vibe Mix on House 90.1 FM on 90.1 WNAA FM every Saturday night working alongside the Unified Stereo crew.

Disco Pete’s house mixing style is a combination of soulful and jackin’ house, with a splash of gospel house. His versatility to mix different genres of music and his love for old school music in general is what makes him unique.

King Mosley was born and raised in Alabama. He was educated in the public-school system and graduated from Jackson S. Abrams High School in 1971.

In October 2001, he began volunteering as an On-Air announcer for 90.1 WNAA FM as the host for the 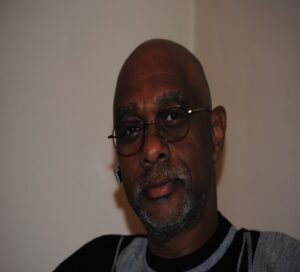 K. Mayes is from Fayetteville, North Carolina. Growing up, he remembers imitating radio personalities and his aspirations for radio and communications. In 2017, K. Mayes founded the See Yourself Conference that aims to motivate individuals to believe that "if you can see it for yourself, then you can achieve it!” K. Mayes has gained much love from the community and enjoys going out to support local causes. He believes in the importance of giving back.

While working in Greensboro, Mayes started as a volunteer at WNAA 90.1 FM.  His mission is to make everyone he meets feel like family. Check out his Wednesday Praize show from 5pm – 6pm on WNAA “The Voice”.

K. Mayes has gained much love from the community and enjoys going out to support local causes. He believes in the importance of giving back. He is very grateful for the people who have supported him and his loyal listeners to the Wednesday Praize.

DJ Marcus B Smooth, one of the smoothest personalities in radio, was born iin Battleborn, NC and raised in Dover, Delaware.  Marcus B. Smooth began colleccting muisc at a young age and ever since it has been apart of his llife. Marcus' first ever radio show was 'OverXposed' on WQFS 90.9 Since then, he has choreographed routines for weddings, performances and several occasions and has created several Line Dances including 'Be Smooth So Good' and 'Finna Get Loose' with fellow instructor Tossha Franklin.

DJ B. Smooth haas been on air at WNAA 90.1 FM “The Voice” since 2016. His show Line Dancism is a creative mix of line dance music with assorted genres with emphasis on Neo Soul and Independent Artists. The show also acknowledges line dance choreographers. Line Dancism airs Tuesday's at 5 pm and Saturdays at 6 pm on 90.1FM and in the words of DJ Marcus B. Smooth, “Until Next Week, Stay On Beat, Keep Your Feet Close and BE SMOOTH”. 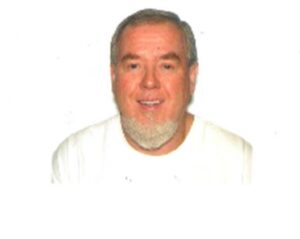 Brent “Showtime” Lloyd is a local Greensboro resident and DJ in the Triad area. Upon graduating from Page High School in 1966 he then continued is education at NC State. Brent Lloyd has always enjoyed music and decided to deepen his connect by pursing a career in broadcast.  Showtime Lloyd has been at WNAA for nearly 20 years is the host of the Blues Hangover Show.

You can check his show out on Thursday from 6pm to 9pm!